A last minute deal has been struck between the government and Senator Nick Xenophon to pass the Treasury Laws Amendment (Enterprise Tax Plan) Bill 2016. 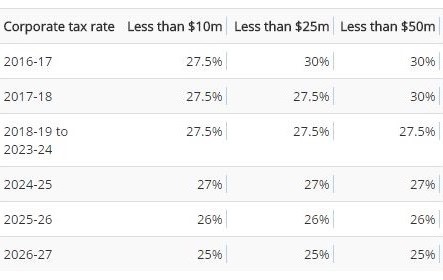 The final amendments exclude businesses with an aggregated turnover of $50 million or more from the tax cuts. These entities will continue to pay a corporate tax rate of 30%.

The Bill has passed the Senate with amendment and will now go back to the House of Representatives where the Government holds a majority. The next sitting day to formally pass this Bill is 9 May.

About the Author: Hoffman Kelly