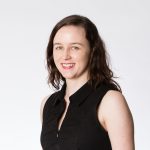 Changes to director penalty notices – personal liability for company superannuation debts
What is a director’s penalty notice and what happened prior to 31 March 2019?

A Directors Penalty Notice (DPN) is a notice that the ATO can issue to a director to recover unpaid superannuation and PAYG withholding amounts from a director personally.  The options available depend on the timing of when the amounts were originally reported.

If the unpaid amounts were originally reported within 3 months of the due date, the penalty can be remitted by doing one of the following things:

If the unpaid amounts were reported more than three months after the due date, the only way to remit the penalty is to pay the debt.

From 1 April 2019 there has been a change to the Superannuation component which means it is much easier to be held personally liable.  Unlike PAYG Withholding, where the 3 month period still applies, superannuation must be reported by the due date, being 28 days after the end of each quarter to avoid personal liability.

What do you need to do?

Given this recent change, it is more important than ever to ensure your superannuation and PAYG Withholding is reported on time.  You should lodge your BAS and if needed a super guarantee charge statement on time even if you cannot pay the debt.

If you need assistance, please contact one of the team at Hoffman Kelly who will be able to help you.

About the Author: Michelle Goding