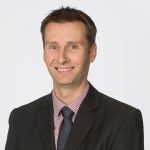 The average person does not really think too much about taking a taxi or a ride-sourcing (often referred to as ride sharing) service such as Uber, Ola or Didi – it’s a decision based on service and cost. However, the ATO have particular views on these methods of travel, in particular, GST (Goods and Services Tax) and FBT (Fringe Benefits Tax).

Similar to the GST Act, taxi travel has its own definition in the FBT Act. Taxi travel by an employee has a specific FBT exemption if it is a single trip beginning or ending at the employee’s place of work.  Although the ATO had previously provided some guidance around their view in relation to FBT consequences, in July 2019 they have now provided greater clarity on their position and confirmed that this exemption does not include ride-sourcing services. Hence, this is in direct contrast to the GST treatment above.

While certain FBT exemptions such as the ‘Minor Benefits exemption’ and ‘Otherwise Deductible rule’ may be used to reduce the fringe benefits being provided, this makes the treatment very complicated for a very common expense. Therefore, the employer currently has a choice between weighing up potential benefits of a ride sourcing service versus taxi, such as perceived cost, convenience or personal preference, against punitive FBT consequences associated with ride sourcing.

The good news is that the government currently has proposed an amendment to the definition of taxi travel in the FBT Act, which would allow ride-sourcing services to be included within this FBT exemption. However, this will only come into effect upon royal assent of the legislation, so if you do have large ride-sourcing expenditure and would like to better understand your exposure, please feel free to discuss with us.

About the Author: Scott Ward