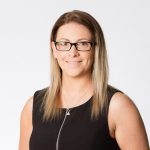 In the recent 2018-19 Federal Budget, the Government announced that from 1 July 2019, it would deny deductions for expenses associated with holding vacant land. A common situation this applies to is the purchase of vacant land with the intention to build an investment property on, whereby typical holding costs such as interest, rates and water etc. were previously deductible.

The proposal was said to address concerns that deductions were being claimed where the land was not genuinely held for the purpose of producing assessable income. The proposal was formally passed by the Government on 28 October 2019 (i.e. so are effective  from the 2020 income year onwards). It applies to all deductions incurred on or after 1 July 2019, even if the land began to be held before that date.

Land is considered to be vacant if:

Also to be noted, is that any outgoings that are not deductible under this provision cannot be carried forward and deducted in later years. Rather, they form part of the cost base of the asset provided the land was acquired after 20 August 1991.

Those still entitled to the deductions for vacant land holding costs, and thus not impacted by these changes are:

If you are holding vacant land, or would like more information, please feel free to contact your Hoffman Kelly advisor who will be happy to discuss with you.

About the Author: Rhiane Sherriff