What is on this New Government’s Tax Agenda?

What is on this New Government’s Tax Agenda? 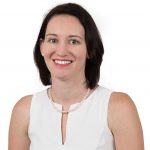 With the federal election delivering a Liberal National Coalition government for the next 3 years (based on recent history we will perhaps refrain from suggesting that Scott Morrison will be the Prime Minister for the next 3 years!) business and individuals alike have some clarity on the nature of the tax and business landscape ahead.

Following all of the headlines, this article will review which policies are already legislated, what is on the agenda and, just as importantly, what is not on the tax agenda in the near future.

What we expect is on the agenda

What’s not on the agenda

About the Author: Claire Roberts