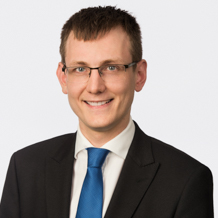 Chris is an Accountant at Hoffman Kelly and has worked here for just under a year. We asked him to tell us in his own words what a few of his favourite things are, past experiences and what life is like at Hoffman Kelly.

How long have you worked at Hoffman Kelly and what brought you to that position?

Just under a year, I started as a graduate accountant with Hoffman Kelly after completing my business degree in late 2016.

If you could invite three people for dinner, dead or alive, who would they be and why?

Winston Churchill, Franklin D. Roosevelt and John F Kennedy, I’d ask them what it was like to lead the world through its darkest hours. I expect you would learn a lot that could be applied to everyday life and of course it would be an incredible story!

What’s the best advice you have been given?

You either succeed or you learn. I try to always remember this when something goes wrong / I make a mistake.

What hobbies/interests do you have outside of work?

Pub trivia, which I am awful at despite years of practice, and a mild obsession with history, history podcasts, books, documentaries, films… I love it all.

Complete this sentence: If I wasn’t working at Hoffman Kelly I would be….

An observational time traveller. But seriously most likely a historian, archaeologist or something in that space.

What do you love about your job?

Informing clients they will be receiving a larger than expected tax refund. It’s generally a cause for celebration and making someones day better from the work we do is a worthy achievement for any profession.

Something you might not know about me is that……

Before starting my accounting degree I worked in odd job roles behind the scenes in the club & music promotion industry. This is actually where the original inspiration to become an accountant came from – mostly because most music businesses have astonishingly bad books!

Who would you most like to swap places with for a day?

Elon Musk – because who wouldn’t want to be a genius for a day?

About the Author: Chris Stone